skip to main | skip to sidebar

Since Dad returned home, the biggest obstacles for him have been pain control and breathing efficiency. His general breathing has been improving, but not as quickly as was expected. More troubling, however, is the fact that no bruising, tearing, or breaking was detected in the shoulder or nearby tissue, but when he is upright, he feels a sharp, debilitating pain in his left shoulder and upper chest, and his breathing becomes very labored. Until now, nobody has been able to find an underlying cause for these symptoms.

During a routine check-up today, a doctor discovered that Dad has a ruptured diaphragm (on the left side). A tear in the diaphragm allows abdominal organs to migrate up into the chest cavity. This can displace the lungs, reducing their efficiency. It also commonly leads to shortness of breath (dyspnea), dysphagia (which explains Dad's continued issues with swallowing liquids), and sharp pain in the chest and shoulder.

Dad is waiting to go into surgery. We are slightly frustrated that we didn't catch this sooner, but mostly we are hopeful that Dad's progress will be accelerated now that the cause of his symptoms is being addressed.
Posted by daniel at 7:06 PM 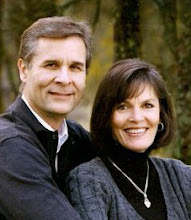